Making a Difference 1 Bamboo Straw at a Time 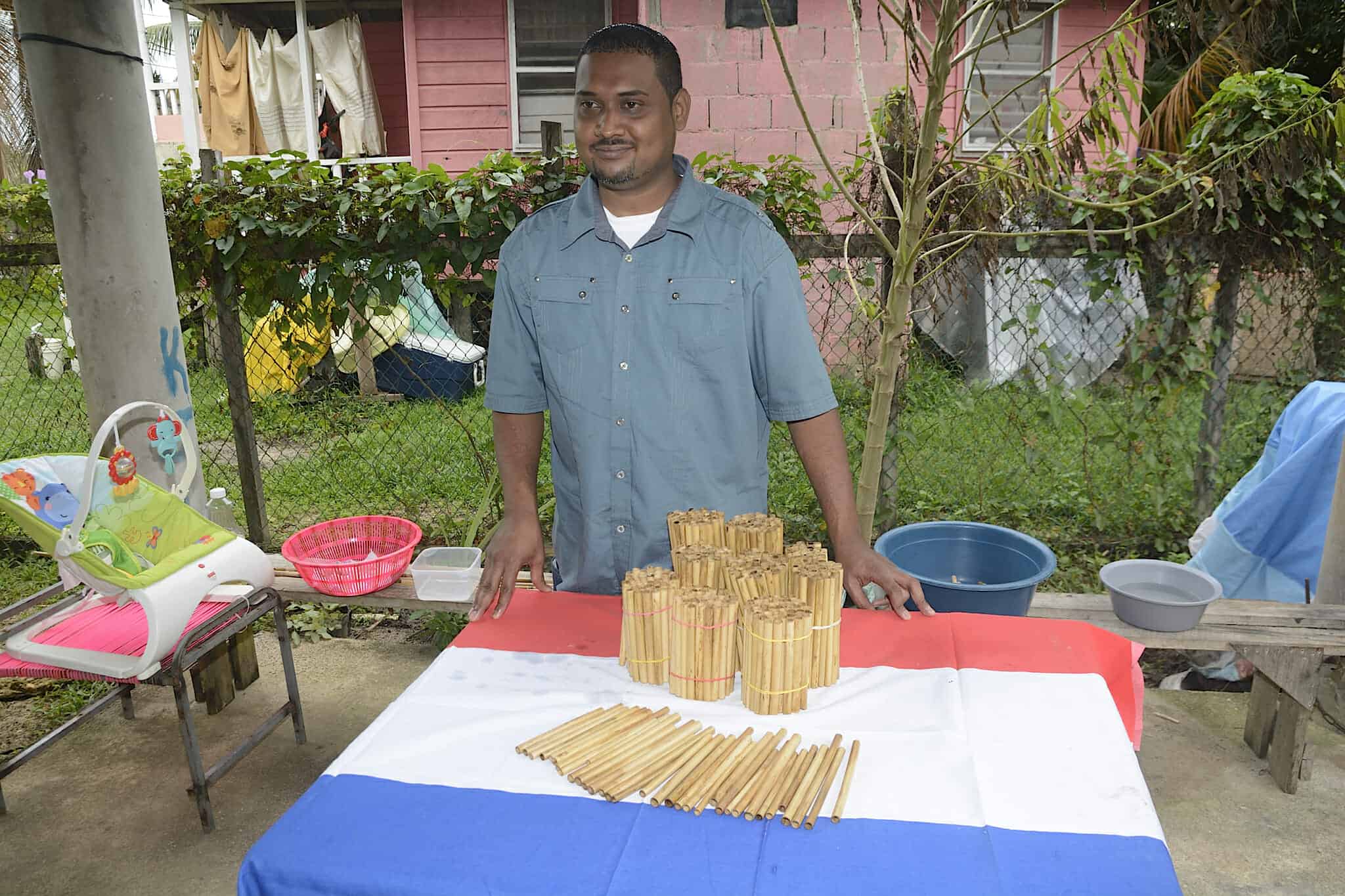 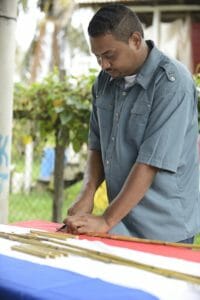 Mark Jacobs walks through his house, steps out onto the porch, looks around nervously then walks back into his house again. When he comes back out he grins sheepishly, as if to let us know he has never had anyone take pictures of him while in full bamboo straw making mode. It is a shyness that is quickly replaced with excitement as the production gets underway and he starts recounting how he got started with making eco-friendly reusable bamboo straws.

A bartender by trade, Mark was first introduced to bamboo straws when Hamanasi Resort made a conscious, eco-friendly switch from plastic straws to bamboo ones. Hamanasi had been encouraged by the principles of The Last Plastic Straw organization. A few weeks after the initial introduction of bamboo straws Mark noted that guests were not enjoying them as much. He had also observed that this was due to the straws not being the right sizes—they were either too short or too long for the glasses. Furthermore, the straws’ hollow intake was too small, making it nearly impossible for anyone to thoroughly enjoy a cocktail with one, especially if the cocktail was blended.

He then took it upon himself to fix the bamboo straw concept. By his own admission he is a bit of tinker, going around fixing things. He remembered his childhood hunting trips with his dad when he would see bamboo growing wild and abundant.   So on a day off from work, Mark sat down with bamboo sticks in front of him and began his hands-on research, a process based on trial and error and ups and downs. Mark is not one to give up very easy. A factor that kept him going was learning about the negative impact plastic has on the environment.

Cutting the straws to size 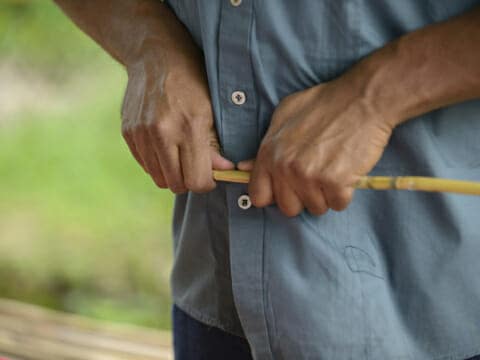 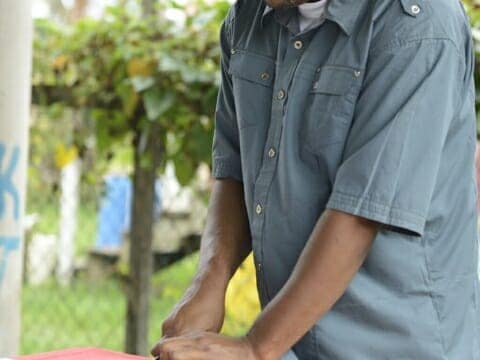 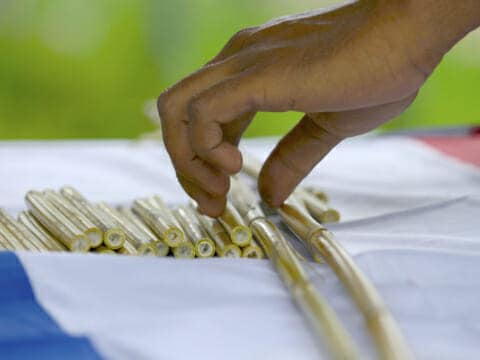 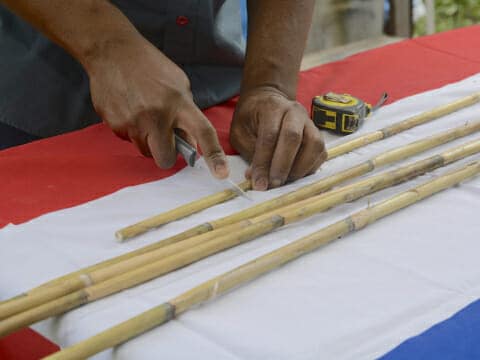 Belize, like many countries, is fighting hard to keep its environmental integrity amidst the economic needs faced by a third world country. Earlier this year though, it successfully banned all offshore oil drilling in its waters. This progressive environmental action towards the protection of its barrier reef is an example of how aware Belizeans are of the environmental concerns facing the planet. Recently, the government approved to implement a ban on single use plastic bags and Styrofoam containers. It was this awareness that gave Mark his initial motivation. “Hamanasi had a great idea to replace plastic straws — it’s in keeping with sustainable tourism,” explained Mark. “But to have straws that did not work defeated the purpose. So I had to find a way to fix it.”

When he presented his first batch of new and improved straws to his manager they quickly noted that not only did the straws work much better, they also impressed the guests. So impressed were they that Mark was quickly asked produce another order. It was during this time that Mark was approached by a customer, a local Belizean entrepreneur, who placed an order and asked for delivery. As a way of promoting the event she was undertaking, she took a picture of the straws as they were delivered and posted it on social media. Unbeknownst to them it would also launch Mark’s business and give his straws the jump it needed!

Cleaning and sanding each straw 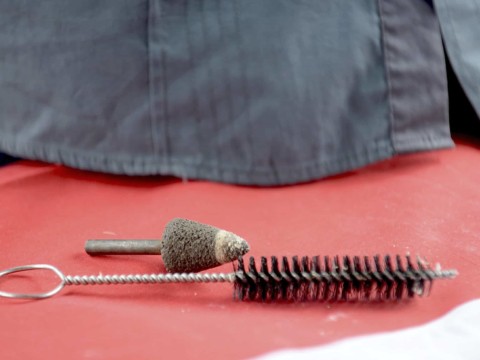 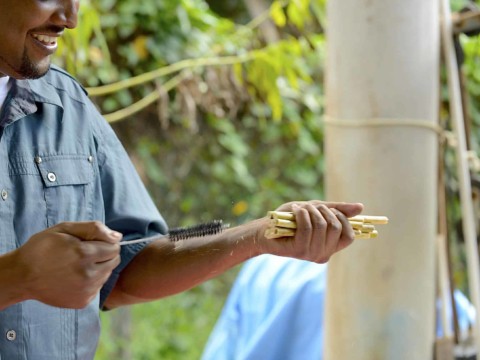 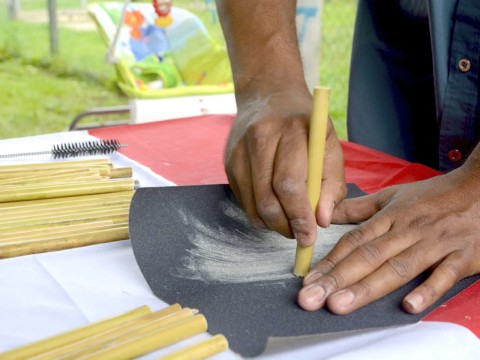 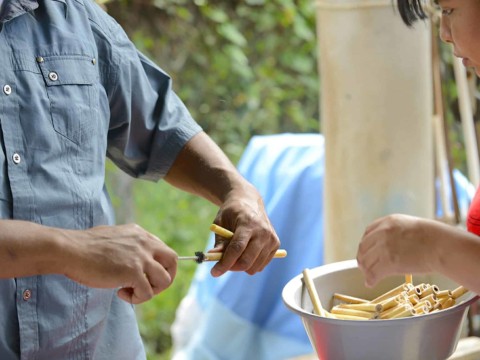 The demand for these eco straws prompted Mark to bring his family into the new enterprise as he realized this could no longer be a one-man show. His wife and brother are now on board on a full time basis. They currently distribute to 12 different locations countrywide, but are still relatively unknown. His goal has not deterred. “The objective is to have these straws in as many locations as possible throughout the country and then look into distributing them outside Belize,” said Mark. “I think the world needs these straws; this is not just an economic gain, it is a human gain.”

Luckily for Mark, bamboo grows very fast in the wild. However, he would someday like to have his own bamboos farms. Although the bamboo is retrieved from different locations in the country by his dad (sometimes his brother-in-law, too), the actual production is done in his own back yard in Hopkins. The cleaning, cutting, washing, cooking, oiling and drying of the bamboo straws is not strenuous work, but it is time consuming, especially for someone who has a full time job. Nevertheless, he finds the time to work on his straws. It is the first thing he does in the morning and the last thing before going to bed. His 8-year-old son enthusiastically assists him with the easier parts of the process, which Mark appreciates, as he would like his son to one-day take over the family business.

More cleaning and sterilizing the straws 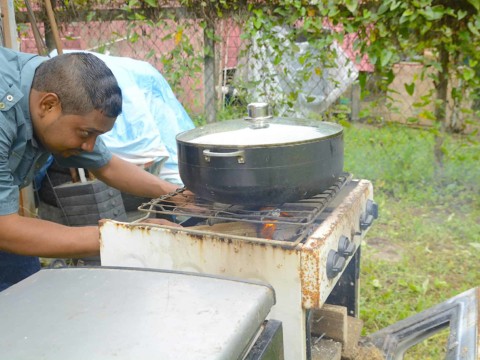 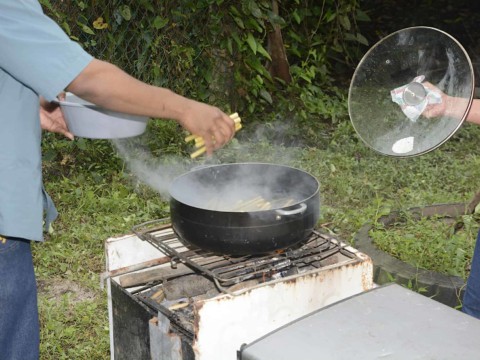 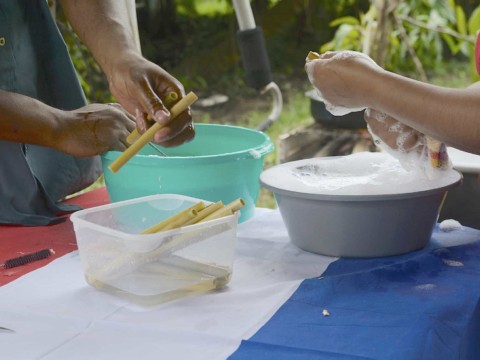 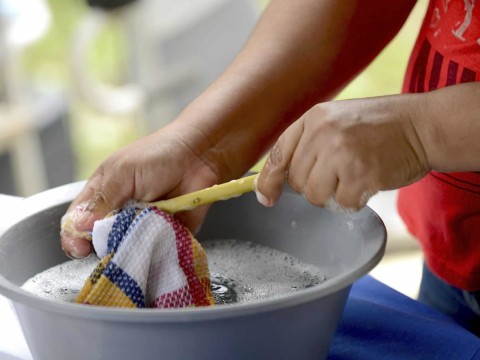 Mark tells us with an air of pride, “I don’t know much about marketing, financing or what works or doesn’t, but my son has offered to learn that in school! This is great, because all of this is for him anyway. I come from humble beginnings, and now I am able to provide my brother with a full time job. It is an amazing feeling that I can do that for him so my mom doesn’t need to worry!”

As his few months old daughter looks on, Mark and his wife move quickly down the production line, evidence that not only have they been doing this for months now, but as a team they work very well together. The name of the straw company is DML — the first initials of his kids’ and wife’s names. 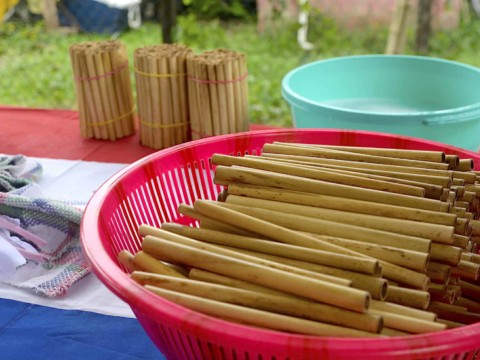 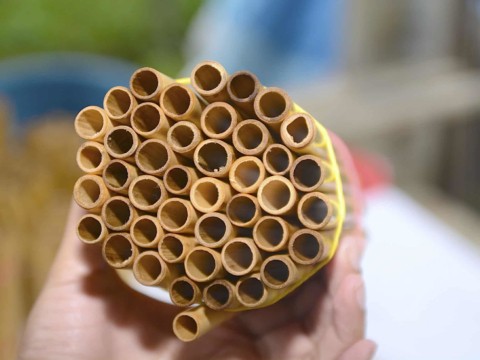 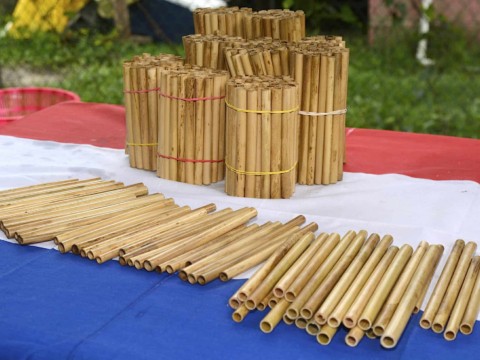 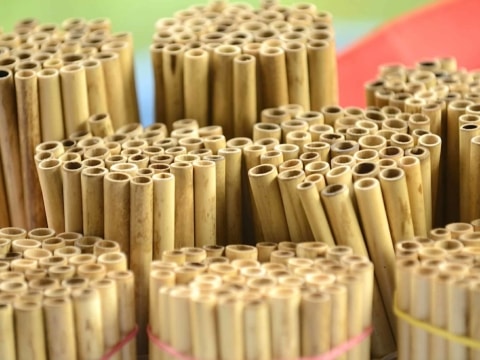 Mark Jacobs (no relation to the designer) has ideas on how he would like to grow his family operated business. He has been improving the development of bamboo straws for a little over 10 months now. There is not a speck of concern in him that perhaps he could fail even when he talks about costs and concerns. This stems from a simple belief: plastic is bad for the environment. Mark, a guy who just wants to make a difference, got his best idea from an inherent desire to simply want to fix things.

Seleem became Hamanasi’s Sustainability Manager in March 2016. A conservationist in heart and spirit, he has worked in conservation in Belize for more than 15 years. He is a graduate of the University of Belize, and a member of the MesoAmerican Reef Leadership Program. Seleem lives in the beautiful village of Hopkins and works to create partnerships for a healthier, cleaner environment for all.