Year of the Bird — Meet the Snowy Egret 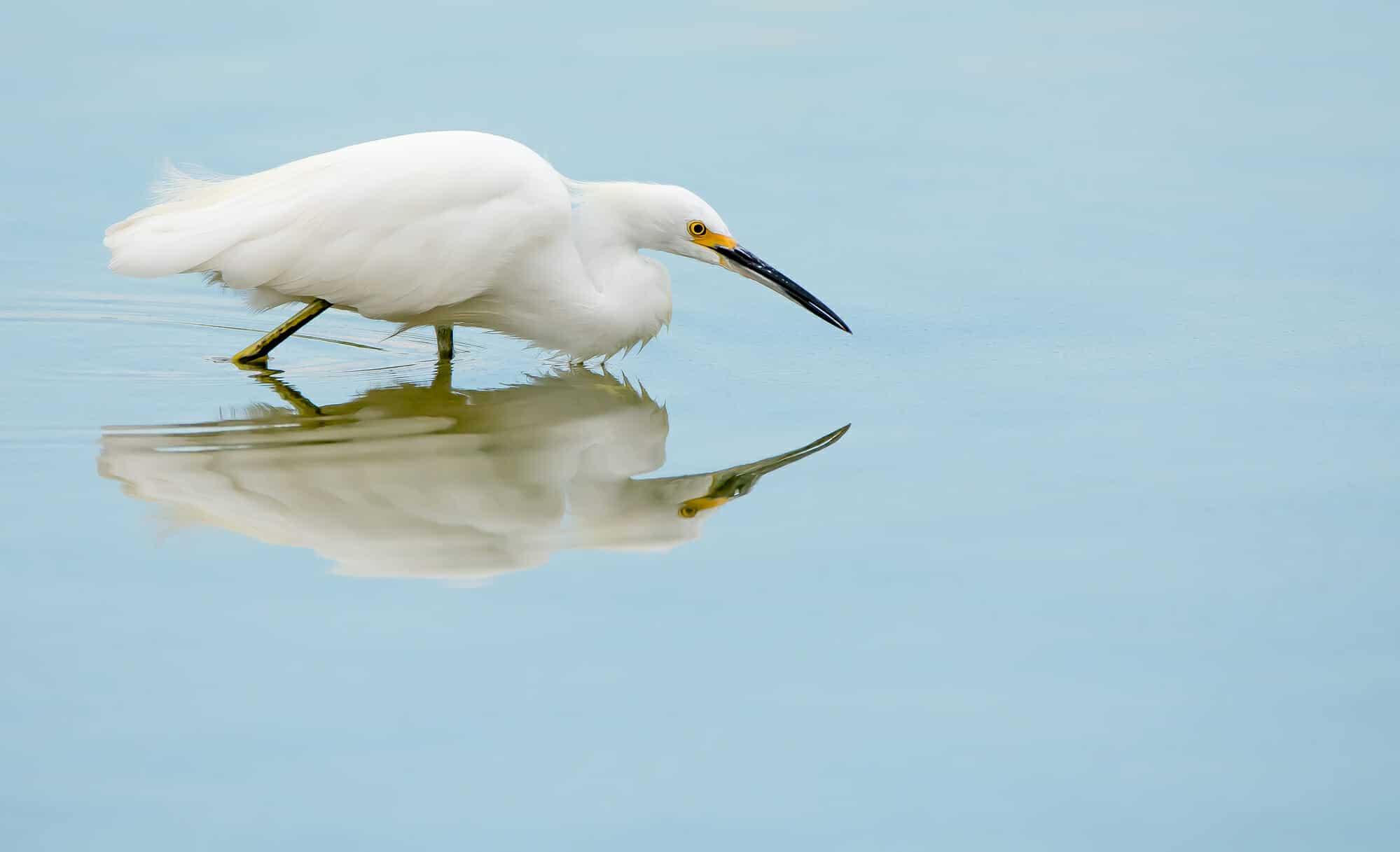 Where to find a Snowy Egret: Snowy Egrets (Egretta thula) skim around marshes with plumage that resembles feathered draped overcoats rather than their actual feathers looking elegant and graceful. These beautiful birds are easy to spot and identify because of the pure white feathers that cover their entire bodies, long lanky black legs with yellow feet and slender black bills. The yellow spots typically at the base of their bill may turn red during mating season. Snowy Egrets measure an average of 24 inches in length and can be found in the United States as permanent residents along the Atlantic and Gulf coasts and the Pacific lowlands of central and southern California. In addition, they are also permanent residents of Mexico, Central America and South America. However, they don’t all stay put! Like other travelers, many from North America migrate to Belize and other parts of Central America for the winter – smart, don’t you agree?

Why is that? Not because of the Chinese calendar – they’re on the Year of the Dog, but there’s room for more than one animal this year.  2018 marks the centennial of the Migratory Bird Treaty Act, perhaps the most powerful and important legislation ever passed to protect birds. To celebrate the landmark treaty, Hamanasi is joining National Geographic, Audubon, BirdLife International and the Cornell Lab of Ornithology on a “Year of the Bird” Campaign. Nature lovers around the world are invited to commit to protecting birds today and for the next hundred years.

At Hamanasi, we love birds and have pledged to protect them. There are over 500+ species of birds in Belize, some of them migratory. Every month in 2018 Hamanasi will bring you a post introducing you to one of the many migratory birds you can find in Belize. We’d love to feature your work in next month’s post! We invite you to take pictures of these birds and forward them to us whether taken here in Belize or where you live – they are migratory, after all!  If you post on social media, use the hashtag #BirdYourWorld 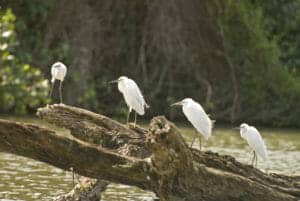 Coastal wetlands, marshes, swamps, beaches, river edges and occasionally wet agricultural fields are the preferred habitat of Snowy Egrets. They nest colonially in isolated locations in thick vegetation, often changing places from year to year and season to season. The males fight for territory and chose the nest site and start working on the nest before finding a mate. (How about that, ladies?)

Then, the males do a noisy courtship dance while calling to attract mates. It is during this time that the males develop long feathers on their backs, heads and neck.   According to the Cornell Lab of Ornithology, “A ring of other egrets often gathers around a displaying male as he pumps his body up and down, points his bill skyward, and calls. He also performs aerial displays, including one that ends with him dropping toward the ground while tumbling around and around.” Once a female has fallen for the male’s elaborate show of worth, they both get going on building a nest. The female ends up doing most of the nest building with materials – twigs, grasses, sedges, rushes, moss — supplied by the male. 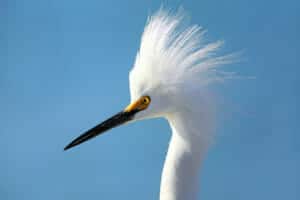 A Snowy Egret clutch consists of 4 to 5 pale, greenish blue eggs, give or take an egg. Incubation is done by both sexes and turns are indicated from one sex to the other by passing each other a small stick, this usually takes about 20-24 days. They both participate in caring for the young fledglings thereafter.

Snowy Egrets must aggressively defend their nests. Some of their nest predators include raccoons, Great Horned and Barred Owls, American and Fish Crows, snakes and crocodiles. Not all animals are threats. Snowy Egrets forage with gulls, terns, ibises, and other herons, and their nesting colonies are often alongside many other species, including Great Egrets, night herons, Glossy Ibises, Little Blue Herons, Tricolored Herons, Cattle Egrets and Roseate Spoonbills. 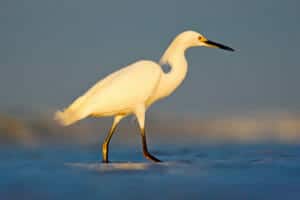 Worms and Snakes for Dinner, Anyone?

Snowy Egrets love aquatic animals, feeding on what’s popular in their ecosystems: small fish, insects, small crustaceans, worms, frogs, rodents and even snakes. Those bright yellow feet paddle in the water or probe in the mud to round up prey before grabbing it with their long bills. Sometimes you might think they are dancing as they vibrate their bills, sway their head and flick their wings while gathering prey. The savannah area behind Hopkins Village is an ideal place to spot Snowy Egrets foraging for food.

While generally quiet, on breeding sites Snowy Egrets give raspy or nasal calls with loud, harsh squawks signaling aggression. During aggressive displays, they make clicking sounds by snapping their bills. Here’s what that sounds like: 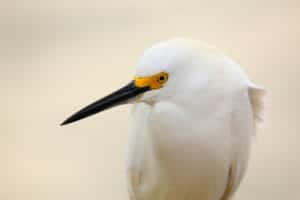 As the weather gets nicer and the birds more colorful, invite a friend to go birding with you. Lead a bird watching trip. Join a local or national bird group, such as the Cornell Lab of Ornithology; the American Bird Conservancy; your local Audubon society; one of the many bird observatories such as Bird Conservancy of the Rockies, Klamath Bird Observatory, Cape May Bird Observatory, or Point Blue Conservation Science; or your country’s BirdLife International group.

Next month’s bird is Grey Catbird!

If you have a favorite photo or story of a Grey Catbird from your Belize vacation, please share it with us so that we can feature it in our blog! 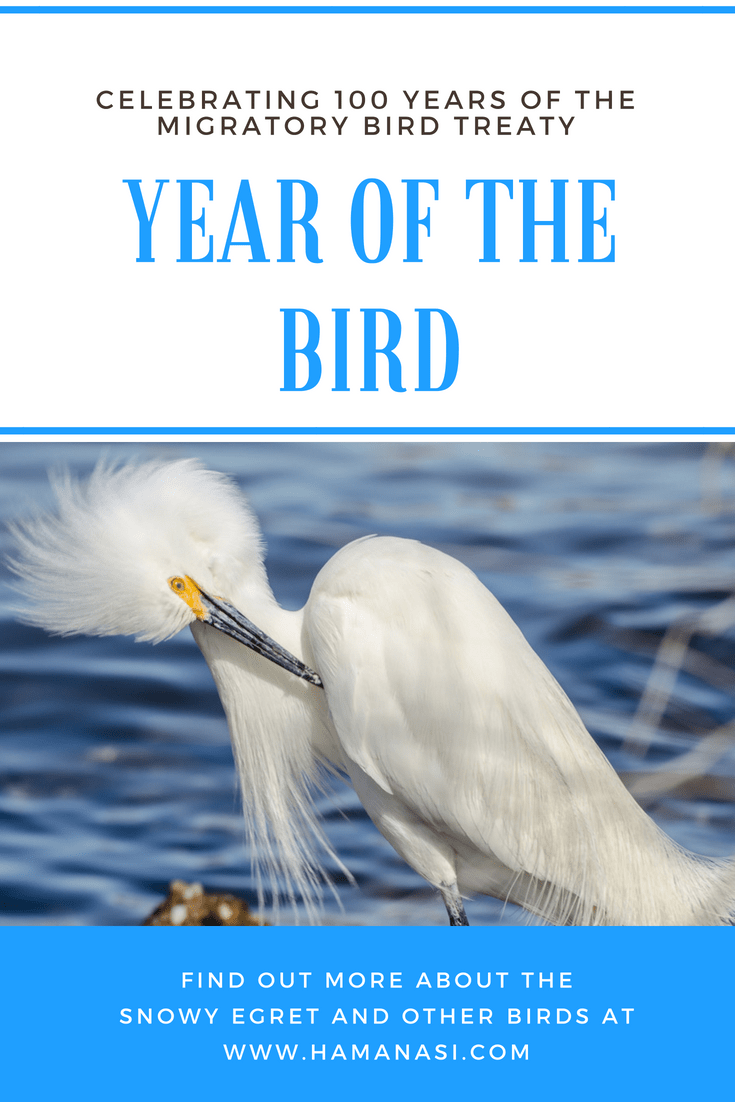 Kirsty Roberts has been the General Manager of Hamanasi Adventure and Dive Resort since 2012. She came to Hamanasi from her native South Africa, she is passionate about nature and sustainability and loves exploring Central America, the Caribbean, and beyond.